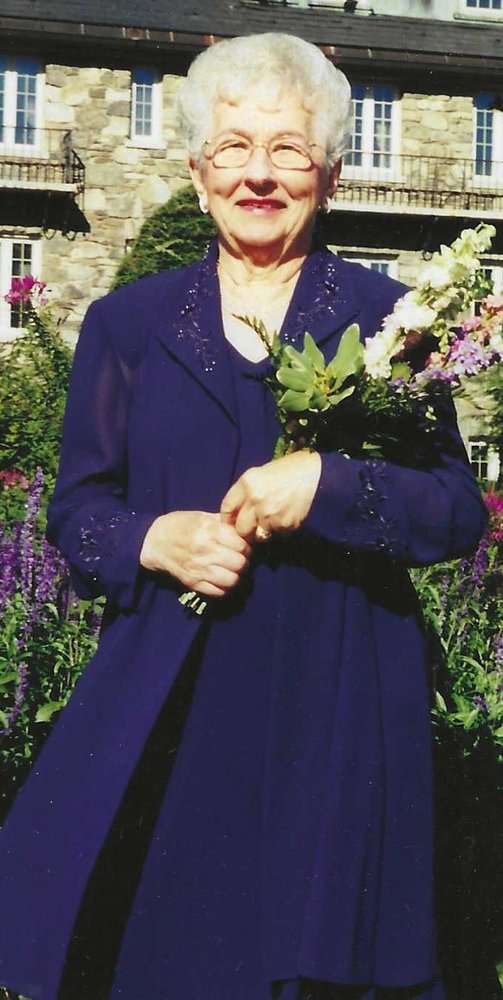 Irene E. Morgan, 96, passed away on August 2, 2020 at the House of the Good Shepherd in Hackettstown. Born on a farm in Harmony on November 15, 1923, she was the daughter of the late David and Lydia S. Nemeth. She grew up on the farm and went to Harmony Elementary School. She graduated from Belvidere High School, class of 1941. After graduation she worked as an Office Accountant for a Dairy in Harmony and at Alpha Portland Cement Company in Phillipsburg.

She met her husband, Russ, at the Bowling Alley that used to be in the center of town in Belvidere. They were married on November 20, 1943. They lovingly raised four children in Belvidere. She was a wonderful homemaker, who enjoyed sewing, crocheting, and flower and vegetable gardening.  She was great cook and baker, who frequently canned and made homemade jellies, tomato juice, pies, and apple strudel. She also enjoyed doing crosswords, word search puzzles, jigsaw puzzles and playing solitaire and rummy. She was an avid reader, who enjoyed her romance novels and her Yankee books and magazines. She was a faithful fan of her beloved Yankees for many years, especially during the years Derek Jeter was with the team. She never missed a game on TV. In earlier years, she enjoyed listening to country music and her vacation to Nashville and visiting the Grand Ole Opry. She also enjoyed going to Vince Gill concerts.

She enjoyed hosting her family on holidays, summer picnics, and other family gatherings.

She is preceded in death by her loving husband, Russ; sister, Margaret Nemeth Monte; and brothers, Louie and David Nemeth.

She was a wonderful Wife, Mother, Grandmother, and Great-grandmother. She will be lovingly remembered and missed by all who knew her.

All services will be private under the care of Knoll-DeVoe Funeral Home & Cremation Service Washington, NJ. Interment will be in Summerfield Cemetery.

Share Your Memory of
Irene
Upload Your Memory View All Memories
Be the first to upload a memory!
Share A Memory
Send Flowers
Plant a Tree